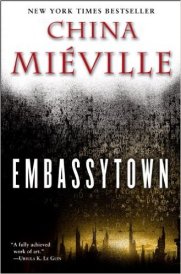 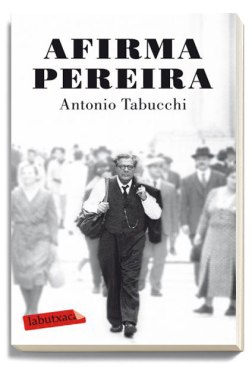 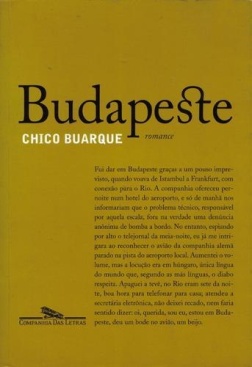 China Miéville’s recently published (and much, and rightly, lauded) novel Embassytown concerns a far-flung species of alien on a planet colonised by humans, aliens who speak a language in which they cannot lie. Not only can they not say what is not, they can also not say what things are like. The existential crisis provoked by this inability to express themselves figuratively eventually causes a majority of the species to tear out their hearing organs to escape the prison of their Language, while others manage to survive, painfully, by learning to express their experiences through the use of similes. When they finally manage to do so, there is an explosion of poetic language:

We were like hunters. We were like plants eating light. The humans made their town in our town like a star in a circle. they made their place like a filament in a flower… we spoke the name of their place, but we knew it had another name, sitting in the city like an organ in a body, like a tongue in a mouth.

You have not spoken before. You will. You’ll be able to say how the city is a pit and a hill and an animal that hunts and a vessel on the sea and the sea and how we are fish that swim in it..you have never spoken before’.

In the novel we at no point encounter a description of the aliens themselves. We learn of some of their physical characteristics but we never find out what they look like. This seems apt.

In this spirit of the recognition of likeness I wanted to draw a series of comparisons and make explicit what my experience and interpretation of certain ideas I have encountered in certain books is like.

In the novel Blindness by José Saramago the characters in an unnamed city lose their ability to see and henceforth to recognise one another. A mysterious epidemic deprives them of sight, and all social bonds and connections are broken. Civilisation collapses as the individuals are no longer able to acknowledge to themselves that the people who surround them and on whom they depend are like them.

Blindness is like the novel New Finnish Grammar by Diego Marani (the inventor of the language game Europanto) in which the main character wakes up on a quayside in Trieste during the Second World War with no memory of his identity or his language.  He is mistaken for a Finn, taught the language and sent to Finland in order to allow him to discover his identity and his place in the world. He eventually realises that he has no means of recovering his true identity and enlists with the Finnish armed forces to fight on the border against the invading Russians, never to return.

New Finnish Grammar by Diego Marani is like Austerlitz by WG Sebald, in which the main character, who grew up in Wales but has no memory of his origins, follows an impulse to go to Prague, where he discovers that he speaks the language of the city from which he was exiled from his Jewish parents on a Kindertranport at a very young age.

Austerlitz by WG Sebald is like the novel Budapest by the Brazilian songwriter and novelist Chico Buarque, in which a ghost writer travelling back to Rio de Janeiro passes through the eponymous city and resolves to stay until he has mastered the language from scratch. He invests all his energies in his quest for a new identity, abandoning his life back home in Brazil, but comes to experience a crushing personal defeat whe he is told that his voluntary exile has been in vain, that the poems that he has so painstakingly created under the pseudonym of a moribund Hungarian poet ‘read like they were written by a foreigner’.

Budapest by Chico Buarque is also like another two novels written in the Portuguese language, one which, like the Marani novel, was written by an Italian. Afirma Perreira by Antonio Tabucchi tells the tale of a newspaper editor in Salazar’s Portugal of the 1930s, who comes to identify with an exiled Italian dissident and then to take enormous risks on his and  his comrades behalf, putting his own life in danger and finally engaging with a society from he had previously felt almost entirely detached.

And Afirma Perieira is like (indeed too similar, according to the author) another Saramago novel, The Year of the Death of Ricardo Reis, in which one of the Portuguese poet Fernando Pessoa’s heteronyms, the eponymous poet who has previously been exiled to Brazil, returns to his native country and also becomes drawn into a plot against the regime in which his own sense of detachment from the world around him must be sacrificed together with his freedom if the life which he has lived is to have (had) any meaning.

None of these novels are particularly like the short story by Will Self, Story for Europe, in which a young couple, concerned that their child has not acquired the ability of coherent speech, take him to a specialist in child language acquisition on Harley Street, who listens to the burblings of their son for some minutes before declaring solemnly that their child only appears to be able to communicate in Business German.

Perhaps this could be a challenge for another Diego Marani or George Perec: would it be possible to write a novel in the ‘business’ version of a language, if such a thing actually existed? Unlikely.