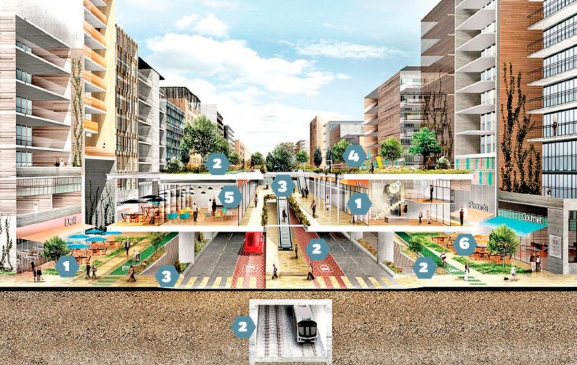 I’m trying to write a novel, one set in Condesa, a nice, quiet, leafy suburb of Mexico City, in mid-2015. A number of things make this difficult, not the least of which is that it’s now 2016 and not only are events quickly moving way ahead of me, they are also, conversely, getting closer to home. Last Saturday night two people were shot within around fifty metres from our front door. I know this because a journalist from Proceso magazine was brave enough to write about it several days later:

“Last weekend, in the middle of Calle Saltillo in Condesa, outside the bar Dussel, which only opens in the early morning and closes when the sun hits its peak, a man on a motorcycle killed two people. Approximately seven months ago, on the same street corner with Alfonso Reyes the owner of a bar known as LIFE was executed.

“The Roma-Condesa area is not just one of the trendy zones of Mexico city because of its bars, restaurants, galleries and parks and because it’s inhabited by middle-class hipsters or by the millennial generation. It’s also an area which has for some time been under the control of the first chilango (Mexico City) organised crime gang known as La Unión.

“The boom in restaurants, bars, pubs and nightclubs in Roma and Condesa, as well as the real estate boom that has attracted the capital’s young population, has attracted the attention of La Unión because it is a natural market for adulterated alcohol and all sorts of drugs.

“The authorities of Cuauhtemoc, the most economically and politically important district in the Federal-District, have detected people from La Unión operating in the fashionable colonies Roma-Condesa, carrying out the transfer and sale of drugs in the central streets of Tamaulipas, Michoacan, Alfonso Reyes, Saltillo, Alvaro Obregon, Orizaba, Colima and others where the bars and clubs that are being subject to extorsion but do not want to officially recognize it are concentrated.

“Violence has become increasingly present in these two colonies where there have been invasions of land and buildings, assaults on passers-by, armed robberies at some restaurants and executions outside of some clubs.”

…which reminds me that on Sunday morning we walked past the spot where the double murder must have happened, because the road right in front of the bar in question was closed off by police tape. At the time we dismissed it as not much, because there was no media in sight, but I understand better now that just because some people have been violently killed doesn’t mean that the mainstream media can or will report on it. Ironic, of course, that I only learnt about the details of what happened on our doorstep when a friend in London sent me the article via the internet. This part of the city is mostly populated by transient funseekers and youngish expats like ourselves, with few restaurants and cafes that don’t turn out to be chains, so there is less of a sense of community than I initially assumed. The murders fit into a pattern of recent events which we read about when we were thousands of miles away just before Christmas. Not just read about, in fact — a neighbour of ours filmed this video out of his window, a couple of hundred metres away. This was apparently followed by an incident where twenty armed men burst into an apartment building on Avenida Amsterdam, held up the residents at gunpoint and ransacked the place. Stories, not all apocryphal, of raids on bars and restaurants in Condesa and the adjoining barrio of Roma abound, as well as reports of extortion (‘derecho de piso’) of bar and restaurant owners in the neighbourhood.

Although we, as people entirely remote from the tit-for-tat battles between drug gangs, are little more likely to fall victim to violent crime than we were in Hackney, it’s made us nervous. All the time we’ve been here the fact that we live in a nice, safe part of town has been a major opening conversational gambit. So many people in Italy and the UK asked us ‘How’s Mexico?’ that some part of my brain started to assume it was a new greeting that had taken off in our absence, so after I while I found myself asking friends and family the same question. But the automatic answer we’d happily been trotting out over the previous few months no longer rang true. An uncomfortable aspect of this is that we had come to assume we had some sort of privileged immunity to the violence that simultaneously destablises and sustains this society. In my novel I’d like to explore the ways in which this is also true on a wider and deeper level, explore its myriad contradictions and try to come to terms with the manifold hypocrisies it entails. For the time being it means we need to watch our steps. After all, as the Proceso article mentions, the reason there are so many vibrant and pulsating bars in this district is drugs, and those who take them have obviously obtained them somewhere hereabouts. There is a huge nighttime economy, and violence is a powerful currency.

All this connects with the novel I’m trying to write in a way which if I attempted to pass it off as mere fiction would make anyone who read it dismiss as profoundly implausible. You would not get away with making this shit up. It is possible, for example, that recent events are somehow to do with the poisoning of several dogs in two nearby parks last summer. In my novel it will be 43 dogs, for fairly obvious, but hopefully not too trite, reasons. Certain aspects of the plot I stole from someone who shall remain anonymous, because I have no idea who connected the events in the first place. Try this on for size:

In about early December last year I popped into an internet cafe on Insurgentes in order to print something as part of my ongoing battle with the tax authorities. This involved cutting and pasting some details from my email, but when I clicked paste what appeared in the word doc was not what I expected. Instead what popped up was a closely-worded text in capital letters which must have been some sort of letter-to-the-editor. Although I was too slow and in too much of a hurry to understand more than the gist of it, in essence it set out a bad-tempered conspiracy theory arguing that the deaths of the dogs in Condesa was part of a political strategy by the authorities to manufacture a sense of paranoia which would somehow lead to a positive result in the referendum (to be held later that week) on the future of the Corredor Chapultepec. This is a huge scheme to turn a neglected thoroughfare in the centre of the city into a version of Dubai. The text alleged that the police and political authorities were engaged in a complex plot to destabilise an emblematically tranquil part of the city in order to achieve their political and commercial aims.

So far, so mindbendingly odd. Or possibly just mad. There’s little reason to believe it wasn’t written by a local nutcase, and I don’t want to assume that goings-on here are any more wacky than in, say, London. But then I did know from the US-born DF-based writer Francisco Goldman, and from various other informants, that in very much the same way as criminal gangs compete and kill over the drug trade in Condesa, the national ruling party (Peña Nieto’s PRI) do have a long-term plan to take over DF. Ever since the mayoral system was introduced nearly twenty years ago, it has been won by someone (at least nominally) on the left. Listen to the local radio here and you are sure to hear an advert from the PRI boasting of their ability to run the city. According to Goldman and his friend the former mayor Marcelo Ebrard, the PRI will stop at nothing to get their hands on the prize. The current mayor (Miguel Mancera) was elected in 2012 as an independent, but his brutally repressive/staggeringly incompetent actions since have led very many people to suspect that he is doing a job for the PRI. His claim that there is no organised crime in Mexico City is endlessly ridiculed as there is countless evidence that it is a straight-up lie, not least the hugely increased police presence in the more salubrious parts of the city over the last few months. What may well be happening on a city-wide scale is what the drug gangs are apparently offering to bar owners in Condesa — the PRI may be roughing things up so that it can then offer ‘protection’. When the left-wing former and future presidential candidate Lopez Obrador (‘the Pike’) talks about the ‘mafia of power’ it is more than just an attention-seeking metaphor.

Ultimately in my novel I might end up taking a leaf out of one of Martin Amis’s better novels and having a character with my own name drifting in and out of the action (but hopefully not getting shot dead on page 16). At least for all of my extremely limited understanding of the dynamics of life in this city, there’s no way on earth I would do DF as much of a disservice as Amis has done in every novel he’s written about London in the last thirty years. The more I pick up on what’s going on around us, I start to suspect that capturing even the vaguest sense of it all might just be beyond my powers. I think even Thomas Pynchon himself would balk at some of the outlandish plot twists devices that reality comes up with in Mexico, DF. At least one other novelist, Roberto Bolaño, had a term he used to classify the level of surrealism inherent to this place: infrarrealismo. If I now proceed to get arrested for researching how to poison dogs online, it will fall into that category.

One thought on “México, DF: What links the murder of dogs in Condesa to the Corredor Chapultepec?”