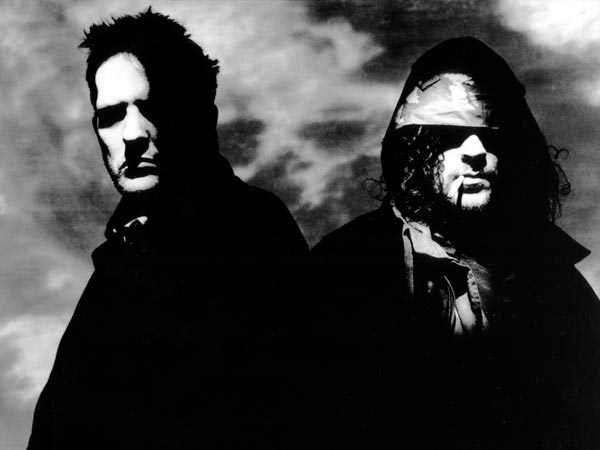 Sometime in c.1994 a fax arrived at the radio station where I worked which had me and my then drinking partner Brian punching the air with anticipatory glee. It invited whoever fancied it to Dublin’s most salubrious nitespot The Pod to hang out with none other than stadium-techno prankster Bill Drummond, who had just a short time before burned his bridges with the music industry and thrown every remaining penny it’d rewarded/bribed him with onto the pyre because whyever not. (You can see the resulting documentary ‘Watch the K Foundation burn a million quid’ here). The event was to mark the publication of a book he’d written about a trip he’d purportedly undertaken to the North Pole in the company of Zodiac Mindwarp (of minor 1980s pop fame). On the evening in question we ambled along and got stuck into the free Canadian beer, chatting with the other liggers who included minor Dublin pop aristocracy such as the erstwhile Paul Wonderful, aka the funniest man in the world, who would just a couple of years later introduce the world to his masterwork Ding Dong Denny O’Reilly. At some point a huge book started to circulate, a version of the work being launched, which was said to be bound in calfskin and to exist in a limited edition of only five copies. It was all a bit silly, and in our mounting giddiness we may have spilled a bit of free beer on some of the pages, which as I recall featured pornographic photos in which the faces of the participants had been replaced with the heads of Disney characters. Our sense of exhilaration at the absurdity of the occasion and the fact of our presence there hit new heights when Bill Drummond himself limped in, accompanied by some bloke wearing a frilly shirt and an expression of considerable self-importance. Emboldened by our or third or was it thirteenth free bottle of Molson Export or was it Big Rock, we pushed through the crowd and introduced ourselves, explaining to Bill (who, I seem to recall, had green teeth) why burning a million pounds was totally the right thing to do, displaying a indepth knowledge of his movements and motivations derived from obsessive lifelong study of the music press and generally (we thought) being uproariously entertaining. At some point it became clear that there were still some other people in the room who wanted to talk to Bill, a fact that Mr Frilly Shirt was keen to stress, but his constant interruptions only prompted Bill to utter the following deathless phrase in his uplands lilt: “Nooo, these are the only interesting people I’ve met all night!”. Confirmed in our ascendency to the position of Coolest People In The World For One Night Only, we continued to celebrate by chugging even more ice-cold free Canadian lager, which served to make the evening even more deliriously exciting, and also to disorient us to the point where we lost contact not only with Bill but with each other, and from the heights of fraternising publicly with one of the world’s hippest human beings (with whom we were, we believed, just on the brink of exchanging contact details in preparation for a joint trip to Shangri-La), the evening descended precipitously into a messy finale of fallen barstools, broken glass, heavy-handed bouncers, and an eventual fine of three thousand pounds imposed on Brian for, with catastrophically ill-judged overexuberance, jumping up and down on one or two cars in the immediate vicinity of Harcourt Street, which is, after all, where Ireland’s largest police station happens to be located. Luckily, by the time the gardaí got involved, I myself was stumbling northwards feeling like I’d been blessed by the Pope of pop himself.

The following morning, buoyed up with starstruck hubris and basically still drunk, I floated into work and bathed in the admiration of my colleagues, some of whom had no idea who Bill Drummond was but seem impressed that I’d managed to survive the whole escapade. Brian hadn’t, in the sense that he now in almost all certainty faced the prospect of having to find a proper job for a few months to pay off his debauchery. At lunchtime we staggered off down Wicklow Street towards a local greasy spoon which we hoped might soak up some of the excess blood in our alcohol streams. As we walked and tried to relive or at least recall the glory of the previous night, we were startled to be violently set upon by one of its protagonists: Bill Drummond’s frilly-shirted assistant, who ran across the street and set about trying to kick us both up the arse while shouting something about a missing book. We were nonplussed, and after some slapstick tomfoolery managed to get him to give up and fuck off. It was only when we got back to work that someone pointed to an article in the gossip section of the hot-off-the-press Evening Herald, which reported that former pop icon Bill Drummond had successfully launched his new book, but that in the process it appeared that someone has stolen a special edition of which there were only five in the world, and that he and his publishers were keen that it be returned in its original condition as soon as possible.

The whole experience was so exciting and so very odd that I promptly forgot to tell one of my very best friends (a fellow KLF enthusiast) about it for several years. When I finally remembered to do so, it turned out to be somewhat serendipitous, because he responded with the following anecdote:

Summer 1999. My girlfriend and I are living on a shared giro of £52.something pence a fortnight. She likes to spend much of this money on brand name suntan lotion which she applies to her entire body, every day, regardless of season. We can scarcely afford to eat, never mind go out and get drunk. She did have very soft skin, though.

We were living in a boring city in the UK where we, alongside our similarly financially endowed friends would seek out any free cultural events, no matter how mundane. So imagine my joy when I saw posters advertising a talk by fucking Bill Drummond from out of the KLF, a band I had loved since the 1980s, for free!

It was taking place in a posh and inevitably boring “brasserie” pub. The premise of the event was thrilling: Drummond had written his autobiography, 45. He was 45 years old at the time and most of the records he’d made played at 45rpm. The book was seven inches square to represent a 7″ single. But this evening, he announced that his publisher’s lawyers had said that twelve anecdotes from his text were unpublishable and as he anyway preferred the twelve inch single to the seven inch, he had decided to self-publish twelve copies of the book with the twelve unpublishable anecdotes published within, in a hardback twelve inch squared format. These twelve books were scattered around various tables at which we were sitting, and by each book was a packet of crayons.

He told us that if we wanted to, we could leaf through the book, read parts, make comments or drawings in it with the crayons, even destroy the book if we wanted to (no-one did), but that we couldn’t take the books home with us and that they were not for sale; could not be sold in fact because of the unpublishable material.

He signed my 12″ of Kylie Said to Jason with the highlighter pen that I gave him. I then had to put selotape over the autograph to stop it rubbing off because I couldn’t even afford to buy a permanent marker. As I did so I asked him what sort of music he was into at the time and he said he didn’t like music any more 🙁. 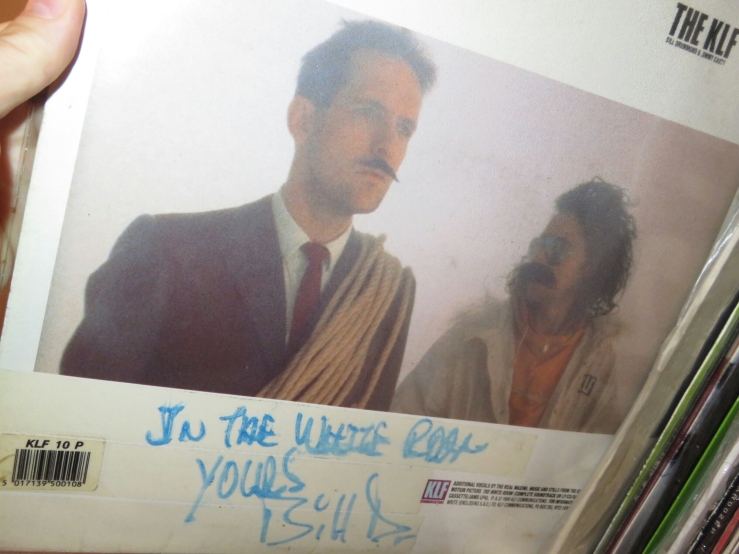 Unfortunately he then read an extremely boring passage from the book, something about the countryside if memory serves, and I remember thinking he was dressed in extremely boring clothing and glasses, a bit like the ironic country gent look that Vic Reeves wore at the time.

Reader, I stole it.

A couple of months later I bought a copy of the actually published, publishing-lawyer-censored 7″ version of the book in a charity shop. I tried to impress on my girlfriend that the only way to extract the twelve scurrilous anecdotes from my … OK actually Drummond’s uncensored book would be to read the two books simultaneously, aloud to each other in bed.

Unfortunately I can’t tell you what these twelve stories are because she expressed her extreme disinterest in this project as she rubbed overpriced suntan lotion into her skin on that chilly late September night.