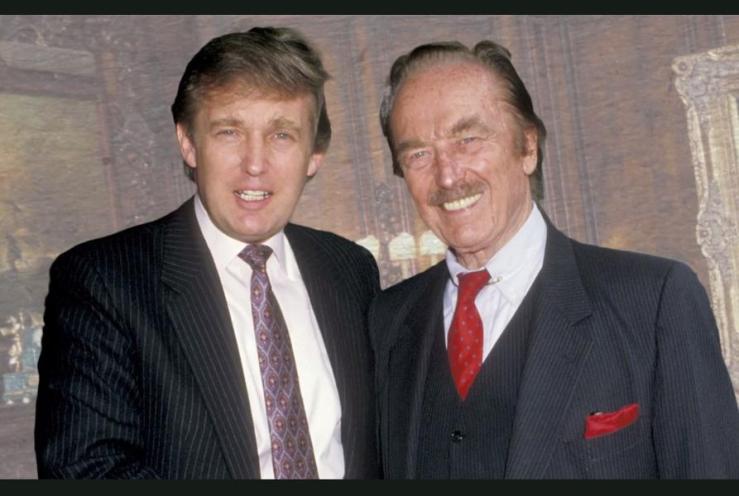 I don’t just mean politically. Obviously he’s playing the wrong role, was swept into office on a frothing white tide, and is now a demented puppet of forces he couldn’t even begin to understand. I mean literally.

Clearly he had enough of a connection with his father to inherit his wealth and his hate-fuelled value system. But accounts of his life make clear just how insecure he is about his status in a range of fields. As President, he projects those insecurities onto others, tweeting and rabidly barking at his mirror-mirror-on-the-wall rallies about the illegitimacy of his political opponents. The force of his obsession with others’ illegitimacy was what took him to the White House. Of course, he focussed (and continues to focus) principally on Obama’s legitimacy as an American – maybe Trump, like many of his fellow racists, believes that all black people are literally bastards. As for Hillary, the fact that, as he flounders further and further out of his depth and the reality dawns even on him that he lacks even the most basic notion of what his rights and responsibilities as president are, his only consistent response is to whine about the illegitimacy of her defeat, is a clear sign that he knows that he is marooned in a role he is absolutely and uniquely ill-suited for.

I suspect that what lies underneath Trump’s almost crippling self-doubts about himself as a white heterosexual male is a fear that he is, in the deepest of senses, illegitimate. As he teeters on the edge of a full hysterical breakdown just at the moment when his emotional inadequacies may lead the world to an actual full-on nuclear fucking war, one way to send him gibbering away from the levers of power may be to state clearly to him what we all know: he is not only illegitimate as president, but also not the rightful heir to his father’s name and fortune. Not only is he pretending to be Commander-in-Chief; he is pretending to be the son of Fred Trump, and thus only pretending to be Donald J. Trump.

He tried to bring down Obama by casting down on his legitimacy, thus revealing his own Achilles’ (as he, less literate than any black high-school drop-out, would attempt to spell it) heal. Now’s the time we need to leave aside his tax returns just for a moment and ask: what are you hiding about your birth certificate, Donald? Could it be that the J actually stands for…Jamal?!

Maybe a good hashtag to use would be simply…#birther. Now, I wonder how we can go about getting Lebron James to tweet that?

One thought on “Is Donald Trump literally illegitimate?”