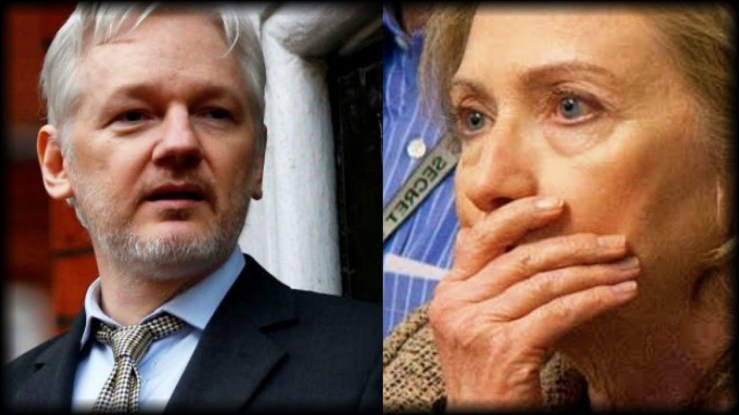 At a press conference Friday morning, Wikileaks founder Julian Assange revealed ‘astonishing’ details of how, in the run-up to last year’s election, prominent supporters of Democratic Party candidate Hillary Clinton exchanged emails with one another in which they discussed her chances of success and expressed hope that she would defeat Donald Trump.

He then went on to highlight a number of other aspects of the Clinton campaign which he said would ‘shock to the core’ anyone who thought that she was ever a suitable choice for President of the United States.

Amongst other allegations, Assange detailed the following: