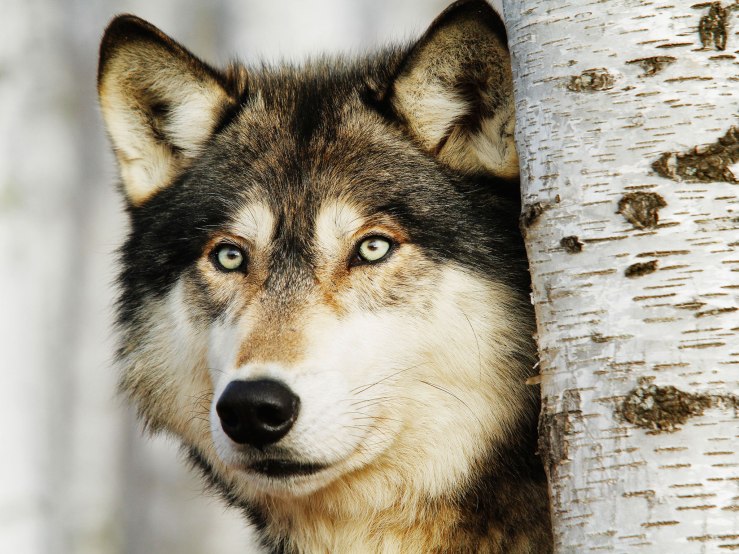 The leader of a pack of wolves has spoken out against ‘ubiquitous‘ media descriptions of the perpetrator of the biggest ever mass shooting by a sole gunman on American soil as a ‘lone wolf’.

Speaking at a hastily-arranged press conference, the wolf, who refused to give his full name, expressed his ‘grave disappointment’ that such a term was being used to smear his species.

“Although there have, as we all know, been cases – often more mythological than actual – of wolves attacking groups of humans, this outrage was not perpetrated by one of our kind.”

He went on to point out that wolves do not possess the type of anatomical equipment necessary for the use of automatic weapons, and are also not conditioned by the same instincts of brutal, senseless cruelty which seem to have lain behind the slaughter in Las Vegas.

“We would like to make it very clear that the culprit in this case, lone or otherwise, did not belong to our pack, indeed was not a member of our species. In fact, he appears to be yet another example of a far more deadly creature: the white male human, armed not only with the kind of weaponry which should clearly be unobtainable for the ordinary citizen, but also with a deep-seated resentment against others of his species, indeed a contempt for the very notion of belonging to a ‘pack’. We would suggest that inquiries into how such an individual was radicalised, inspired and propelled to commit murder on such a massive scale might focus less on scapegoating the lupine community, and more on the role of media outlets such as Fox News (no pun intended) and Infowars. And should your species wish in all sincerity to address this problem, then call your NRA by its proper name: a terrorist organisation, one far more bloodthirsty than anything to be found in the animal kingdom.”

The wolf then excused himself, asking only that his “deepest condolences” be passed on to the victims of the massacre.

One thought on “Las Vegas killer ‘not a lone wolf’, says wolf ”