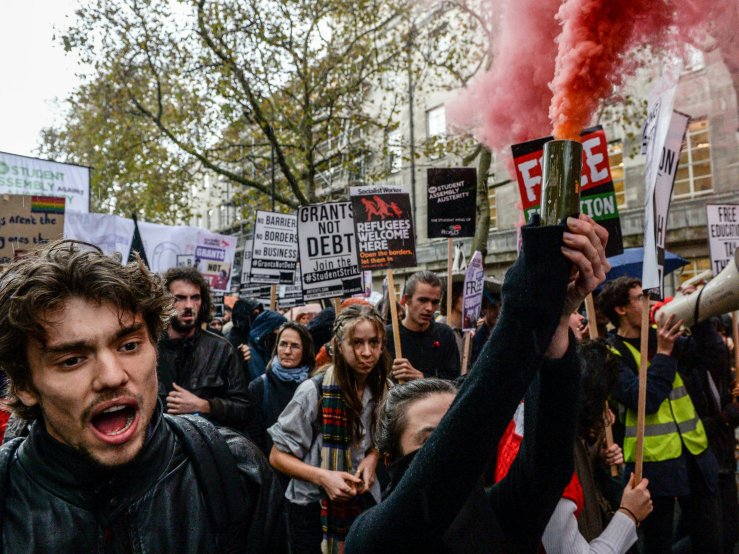 Difficult as it is to write, I’ve come to believe Ben Goldsmith. He recently gave a shocking account, much derided on social media, of how a West London social gathering he was attending was rudely gatecrashed by a gang of Corbynista hoodlums, fresh from commemorating the Grenfell tragedy in their inimitably rowdy fashion.  Like most, I doubted from the lack of evidence that events actually took place in accordance with his retelling of them, but now I’ve seen up close how the Momentum faction operates and just how young some of its firebrand activists are, I feel inclined to believe that he may have been telling the truth.

Here’s what I experienced. I’d ask that you reserve judgment of me and my story until you’ve read what I have to say and seen the photographic evidence for yourself. I’m not by any means what anyone would regard as a Tory and I wouldn’t fit comfortably into any meaningful definition of a ‘centrist’. I’m a Labour Party member, I voted for Corbyn in 2015 and I’ve read the Guardian religiously all my life.(Possibly too religiously, if my shrine to Aditya Chakrabortty is anything to go by.)

As it happens, this whole furore started because of newspapers. I’ve recently been trying to vary my media diet (with mixed results), and so when I happened upon a copy of The Times in a local (Islington) café, I started to peruse the news section. Now, I’d be put out if anyone took me for a regular reader, but I was still entirely unprepared for the (in my opinion) utterly unwarranted response of a very young person who was sitting nearby. She or he (it’s getting hard to tell the difference nowadays!) wasn’t wearing any visible insignia of allegiance to Corbyn’s sect of ruffians, but from her age and rebellious demeanour it was clear that she had been seized by some sort of radical fervour.

You may feel disinclined to doubt my words. We do after all live in an age of fake news and highly sophisticated ideological manipulation. I can only urge you to believe the evidence of your own eyes; the following photos constitute an absolutely accurate and unadulterated record of exactly what happened.

2 thoughts on “I’ve seen it for myself: Corbyn’s thugs are getting even younger, and becoming much more dangerous”