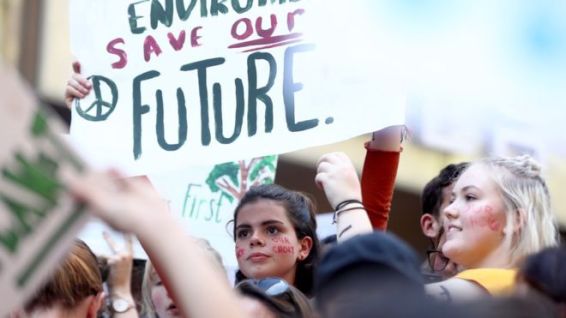 I listened to your report on the impact of the ongoing Australian drought and was troubled by what I heard. My discomfort was partly due to the scale of the environmental catastrophe taking place, and partly due to the way in which your coverage omitted to provide certain details regarding the context.

You did mention (twice) that Australasia is ‘the world’s driest continent’ and refer to the record high temperatures across the country, but I wondered whether there might be anything of a historical process which might help to make sense of the lack of rainfall and such high temperatures. Might there also be precedents for the crisis in other parts of the world? Have any other regions, or indeed Australia itself, suffered from the effects of changes in weather patterns, with more extremes at either end of the scale? Has there been in an increase in the number of extreme weather events across the globe, with the numbers of hurricanes, floods, droughts and heatwaves all on the rise? If so, has anyone suggested any reason for this? Have any scientific bodies conducted research into the vital question of what might lie behind such changes? Presuming that this is the case (and it may have been helpful to break with BBC protocol and interview a climate scientist on this point), have specific measures, either local or international, been proposed to try to mitigate the probable causes? How have successive Australian governments responded to such proposals? Is there any suggestion that those who are causing the climate to change may also be seeking to obfuscate understanding of their role? Have certain corporate interests been influencing government policy and thus ensuring exponentially worse climate catastrophes in the future? Are there, in Australia or elsewhere, any researchers and/or campaigners who might be able to enlighten you and your listeners on this point?

I’m aware this may seem like a barrage of questions but I just want to ask you a couple more, with one very pressing one being: Why do you bother? Do you know what an absolute disservice you are doing to those who are suffering the impacts of climate change by refusing point-blank to acknowledge it? How does your blatantly dishonest reporting of the Australian drought tally with the other story highlighted on your website which is headed ‘It’s time to get angry over climate change’? Surely the best place to start is with media organisations which systematically shirk their responsibilities?

I do not expect to receive a response to any of these questions. I guess I’ll just have to figure the answers out for myself.

ps I would nonetheless like to commend you on not employing the word ‘unprecedented’, for a change. Ffs.