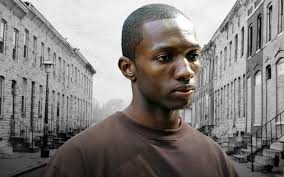 Over a million people under 25 are currently unemployed in the UK. These are young people brought up in an environment in which every part of their lives is determined by their ability to compete with each other and with people on the other side of the world. Do the recent student protests mean that they have come to reject this whole social model? I don’t think we have reached such a  point. But a great deal of people under the age of 21 are angry that the rules of the game have suddenly been changed in order to make it harder for them to compete.

People clearly want to believe that they stand a chance, or, in other terms, they demand the right to be able to pretend that they stand a chance. Recently, particularly around campaigns like UK Uncut, there has been a lot of discussion of fairness, a rather nebulous category. Of course no-one would claim that the world we live in is fair, but a belief in the brutal fairy tale world of The Apprentice, where through hard work and determination we can enter the world of the superconsumer, or at least can achieve some measure of security and escape the precarity that conditions every aspect of our lives, is becoming impossible. That sense of the individual and collective precarity of our social existence is becoming unavoidable, and the inescapable truth staring young people in the face is that, in the words of Marlo from The Wire, the game is fixed. But it does not automatically follow that they want to rules of the game to be changed, or aspire to changing them themselves. They still for the most part want to play the game, but they want the rules (tax, regulation, trade) to be more strictly enforced.

Criminals like Marlo understand that the game is fixed, but their solution is to play it with more intensity and brutality, to adapt to the underlying logic of capital and act without sentimentality or long-term concerns. Others suggest that the answer, the only means of survival, is to abandon the game altogether, or in real terms, to develop new forms of society within the intersticies of the present one, to ignore power rather than to challenge it.

Such a solution is no more available to the overwhelming majority of working people around the globe than is the ‘option’ of becoming millionaires through hard work and good fortune. The reality is that we all depend to a very great extent on the institutions of the state and the market. The only meaningful option we have is the political one: we have to change the rules of the game. This is exactly what the managerial post-politics of failed social democrats like the Labour Party singularly refuses to do.

So where is this movement to seize control of the game and change the rules to our advantage going to emerge from? For the moment I am still a little inclined to reserve my judgement about the student movement, UK Uncut, and so on. It is by no means inevitable that the mood of the last few months will develop or deepen, and the UK Uncut campaign has already shown signs of a potential collapse into Jubilee 2000-style lobbying rather than direct action. In terms of the students the strategy of the state is to use brute force for the moment, and hope that the students knuckle down once they realise their individual fate is at stake. We live in an age not just of hypercapitalism but of hyperprecarity – the students of 1968 had for the most part pretty secure futures ahead of them, whereas this generation face the prospect of lives of frantic insecurity and the drudgery of endless debt.

This might lead to the development of a culture of devil-may-care radicalism, or it might not. Optimists including Laurie Penny, Billy Bragg and the SWP share the belief that a new political subject has emerged, with an intuitive grasp of the need for solidarity and a voracious appetite for ideas about how things can be made different. As I have argued here, there are certainly a great deal of people angry at their individual plight, some of whom have come into contact for the first time with the stark reality that power does not always have their best interests at heart. But as Laurie Penny has also helpfully pointed out, the media and the language which those of us who believe we have the answers for the students’ plight employ to address and engage with those students are often moribund, ineffective and paternalistic. New means urgently need to be exploited in order to draw out the obvious links between a group of individuals drawn into unanticipated conflict with their circumstances and a wider world in turmoil and in desperate need of fundamental transformation. It is not enough to call for fair play, or to campaign for the rules of the game to be changed – instead we must seize control of the game and change them ourselves.