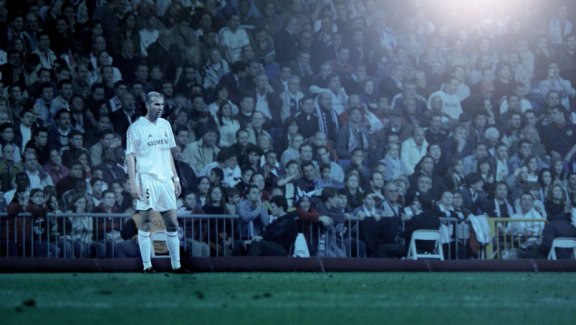 Writing teaches you some salutary lessons about yourself, the world and the relationship between the two. Last week someone gave me an article about the ten phrases Italians most hate to hear in their own language, the equivalents of ‘literally’, ‘basically’, ‘shouldn’t of’, ‘at the end of the day’, ‘going forward’, etc. One curious example of an infuriating phrase is ‘piuttosto che‘, which means ‘instead of’, but instead of using it to mean ‘instead of’ increasing amounts of people (particularly in the north) use it to mean ‘or’, which causes obvious confusion and widespread rage. I thought it would be fun to write something in Italian which contained all those expressions, partly as a laugh and partly as a means of exploring questions of language and identity: who does a langauge belong to, who has the right to make mistakes, who defines what a ‘mistake’ is, etc. However, I screwed up. I overestimated myself. I didn’t (get Chiara to) check what I’d written properly so it didn’t work, being full of my mistakes, the typical ones that foreigners make. The sixteen people who read it will not have been nearly as amused or impressed as I wanted them to be. Che imbarrazzante! – how embarrassing, indeed shameful. I exposed my pretensions, the gap between what I want to be able to do and what I am able to do, who I want to be and who I am, who I am on the inside and who I am to others.

This often happens when speaking other languages. In making a claim on another identity I risk being seen as an imposter, a fraud, an outsider. (I wrote about how this feels here). A language learner can use this to their advantage – shame can burn itself into your brain so you never make the same mistake twice. Hence self-consciousness can be a source of self-awareness, the former implying shame and the latter a sense of control. Interacting in another language partly comes down to learning one’s lines, knowing how to act in a given routine situation so as not to lose face.

One of the people who has best developed this metaphor is the sociologist Erving Goffman, particularly in his book ‘The Presentation of Self in Everyday Life’. His ‘dramaturgical’ analysis of social interaction distinguishes between front and back stage behaviour. The goal of our performance as human beings is to be accepted by the audience.

As we develop we learn to play the role of ‘ourselves’. By the time we become adults we should, in theory, have become aware of who we are and how we should act. Hence being a teenager involves a lot of self-consciousness and shame. Teenagers shame each other, ridiculing each other’s pretensions and pretences. In my own cultural background (the north of England) ‘getting ideas above your station’ was scorned. A common source of shame is being exposed as fancying someone, wanting what you can’t have. Celebrating shame, enjoying one’s exclusion has long been a central element in youth culture, as the deathless popularity of figures such as Morrissey and Jim Morrison attests. Shut out of mainstream society, disaffected teenagers develop their own theatrical rituals and codes.

I have always admired people who surpass those fledgling anxieties about being who they want to be, who write their own scripts and improvise without fear. Two prominent examples died this year: Prince and Bowie. A less commercially recognised example is Momus, who has written very perceptively and eloquently about the English tendency to anticipate and thereby ward off shame by deprecating oneself*. The artist Grayson Perry, in his Reith Lectures of 2013, talked with his customary brazen wit and charm about the risks young people take in declaring themselves ‘artists’. Creating one’s own character can be a hazardous undertaking, but going off-script is essential for living a meaningful life**.

George Michael is a curious case. As he grew older he was notable for his total lack of shame in his private life but he remained conventional and conservative in his artistic endeavours, seemingly driven by fear of the market. Then there’s Trump, who appears to have no shame. It’s shameful to be completely shameless. It makes you look like a very bad person indeed.

Another very interesting case study of the absence of shame and self-consciousness is the documentary ‘Zidane: A 21st Century Portrait‘, in which the camera follows the footballer throughout the course of an entire match, only very rarely cutting away to show the rest of the action. It shows him completely absorbed in the game, caught up in the flow. The footage (which mostly consists of him scratching his nose*** and looking a bit énervé****) is accompanied by his gnomic insights into the profound business of kicking a ball around some grass*****. On one level it’s a study of someone at work, a time-and-motion study of a global superstar. He doesn’t look at the camera; the world is a camera. What’s interesting about Zidane is not his skill but his visibility. His work is not so much trying to create chances and score goals as to be watched. The film is therefore more interesting as a reflection on spectacle and self-consciousness (and, given our awareness of his spectacular headbutt in the World Cup Final later the same year, on shame and its absence). How does it feel and what does it mean to be constantly observed, contemplated, regarded? What is it like to exist solely as an image? What does life as spectacle mean?

Sometimes, when I remember to, I like watching strangers out in public and imagining that they’re acting. People are simultaneously very good and very bad at playing themselves. What they are particularly good at is depicting self-consciousness. Cinema and photography (and now selfies) mean that we are constantly producing and consuming – literally and mentally – images of ourselves. I notice this in myself, when stepping off a plane, or leaving the cinema. Goffman called these ‘dramaturgical moments’. Images, particularly those in adverts, teach us how to act. When consuming products and services we are not just being watched on CCTV, we are also monitoring ourselves. We aspire to be images. We fantasise about being part of the spectacle. Hence the Zidane film is partly a voyeuristic morality tale, about how we are to behave as images of ourselves. It has elements of both going to a zoo and of watching pornography, and is also an anthropological study of spectacle that is itself spectacle.

There is a curious dimension to these issues, which is our use of smartphones. We increasingly use them to escape from awkward situations, ones that could cause us shame. Awareness and awkwardness are closely related, and conversation and eye contact make you vulnerable, potentially involve you in a tangled web of social obligations. Hence we employ our device as a shield and a screen to ward off psychic interference from others.

What does this do to our awareness of our actions? Are we self-aware when we’re online? Do we believe at some level that our devices render us invisible? What happens to our self-consciousness when we’re scrolling through our Facebook feeds on a bus? Does shame exist online? (There’s certainly shaming. One reason I stopped using Twitter is that the medium knows no shame when it comes to lying, being wrong and shaming others). It would be interesting for an artist to make portraits of people absorbed in using their mobile devices. When we do so are we on or offstage? Are we in public or in private? Does Goffman’s metaphor break down at any point? What would a film of someone famous texting for ninety minutes be like? Would a documentary featuring Kanye West playing with his iPhone 8, accompanied by a hauntological soundtrack and captions in which he reflects on fame and self-awareness, be a big hit?

I’m aware that these thoughts are not original. Perhaps I need to read some more Susan Sontag or Jean Baudrillard or something, or maybe just some more books about the joys and horrors of child-rearing. One point of writing these things here is to think things through. Another is to start conversations. I find it curious that people will occasionally praise what I write but rarely respond to the actual content. Maybe that’s because it’s boring, or not very well-expressed, or incoherent******, or blindingly obvious. It would be shameful, mortifying to be told that. But thankfully I’m 44 years old now, so I don’t have to worry so much about such things. Or at least, I shouldn’t. So why am I so excited about getting a new pair of spectacles? Is it about seeing better, or being seen better? Che presuntuoso.

* I would never do that, anyway I’m German.

** I feel very self-conscious about the fact that all of the people mentioned in this paragraph are men. I’m also aware that the last sentence sounds a bit like Alan de Button. I could change it but at the end of the day, Brian, I tend to write these things quite quickly so I can dedicate more time to thinking about what to put in the footnotes.

*** Although not as much as Žižek, another supposed philosopher whose name also begins with Z and who also had a documentary which was just called by that surname, does.

***** I wrote about my somewhat ambiguous relationship with football here.

****** Eg. obvious criticism of this article: shame and self-consciousness are not the same thing.