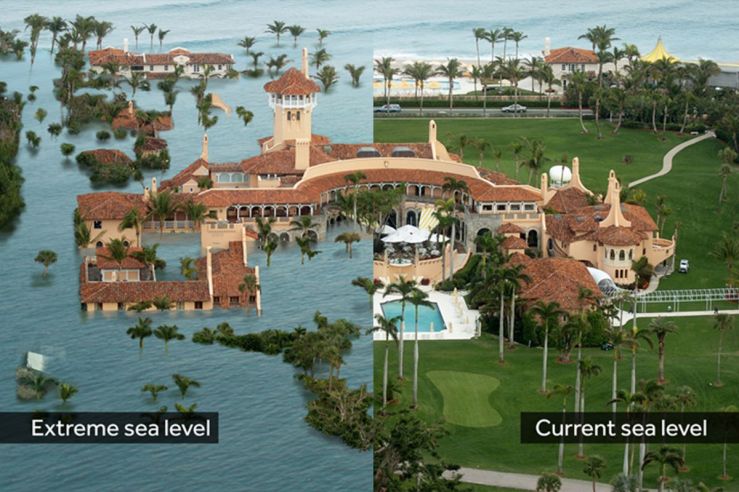 The question of whether or not it’s acceptable to use violence to stop fascism was resolved to the satisfaction of pretty much the entire human race in the middle of last century. Few in the late 1940s would have had much respect for the notion that genocide is merely a expression of the right to free speech. But if, as Patrick Mcgrath argued cogently this week, fascism is a monster which keeps growing new heads, then each one that emerges needs to be crushed with maximum force – or, as the finale of Psychoville spectacularly demonstrated, exploded.

Many of those fleeing hurricanes in Florida and Texas over the last week will inevitably have more awareness of and engagement with the problem of the changing climate than the writer of this blog. Others will, like me, be aware of the basic facts and share in the generalised but rarely-acknowledged terror at what a righteously vengeful planet next has in store. But there are inevitably many of those currently witnessing the destruction of all they hold dear who have actively dedicated much of their time and energy over the last couple of decades abusing mass and digital communication media to spread disinformation with a view to ensuring that such catastrophes would both take place and be wholly unprepared for by states with the duty and means to protect their subject populations. Many of them will even have lent their support to corrupt and venal political demagogues who have built their careers and fortunes on the spreading of staggeringly irresponsible lies  which deny the present and future suffering of millions of fellow human beings.

Many of those victims happen to be poor, dark-skinned and far away. It’s by no means an accident that the kind of scum who marched straight from 4chan to Charlottesville a few weeks ago divide their online time fairly equally between scapegoating and ridiculing foreigners, threatening and bullying women who dare to speak freely and attempting to disrupt every single online conversation about how scientific findings account for extreme weather events. Climate denial is a key component of 21st century fascism, the formal and explicit imposition of elite power through violence. (Hurricanes are extremely violent events – no wonder the manchild Trump appears to revel in their power.) Just as when those who seek to gain power by means of violence are pushed back by any means necessary, when people who have inflated their egos, boosted their careers and augmented their Paypal balances by denying the experiences of climate refugees themselves become climate refugees, who can spare them any sympathy? Of all the tragedies to be visited on the US over these few weeks, maybe the greatest, or at least the most ironic, is that Hurricane Irma appears to be steering clear of Mar-a-lago. While some may be #prayingfortexas or #holdinghandsforflorida, I’m hoping that the next extreme weather event brings in its wake a tsumani of divine justice. In the meantime, perhaps a more appropriate nickname for a hurricane ripping apart the south-west corner of the United States would be simply #RickScott.