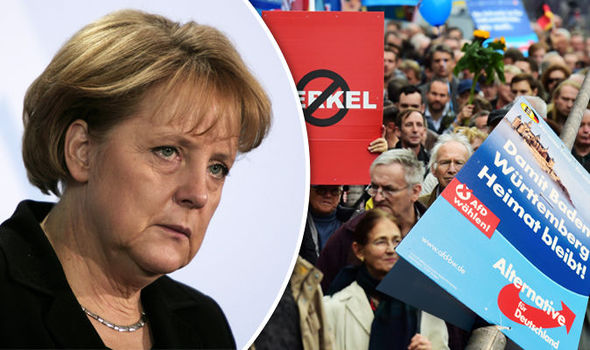 Berlin: The newly-reelected German Chancellor Angela Merkel is facing increased pressure to revise her government’s stance on murder in the wake of the Bundestag election results. The formerly marginal AFM (Allianz für Mörder) party achieved almost 13% of the votes and will take seats in parliament for the very first time.

Mrs Merkel, who was reelected with a vastly reduced majority, will need to govern with the help of smaller parties. Germany’s second political force, the SPD, experienced a dramatic fall in its vote share and the Greens and left-wing Die Linke party were unable to match the performance of the AFM, particularly in the increasingly pro-murder east of the country.

Mainstream German political parties have maintained a solid consensus on the issue of murder throughout the post-war period. However, the success of the AFM, which believes that murder should be legal when the victims happen to have been born outside Germany and/or have different colour skin, will challenge this unanimity.

The Deputy Leader of the AFM, Beatrix von Storch, is granddaughter of the Finance Minister in the pro-murder government which ruled Germany from 1933 to 1945. She is a particular advocate of the murder of immigrant children, while party founder Bernd Lucke is said to be a close personal friend of the Anglo-German political figure Nigel Farage and a strong admirer of British murderers such as Dr Crippen and Fred West.

In response to the results, the BBC Radio 4 Today Programme has reported that it is now incumbent upon Mrs Merkel to respond to the concerns of AFM voters by relaxing what many see as excessively stringent regulations governing murder. It then broadcast a ten-minute interview in which someone who believes it should be legal for the government to murder people on the basis of their ethnic background was allowed to explain the reasoning behind her position.