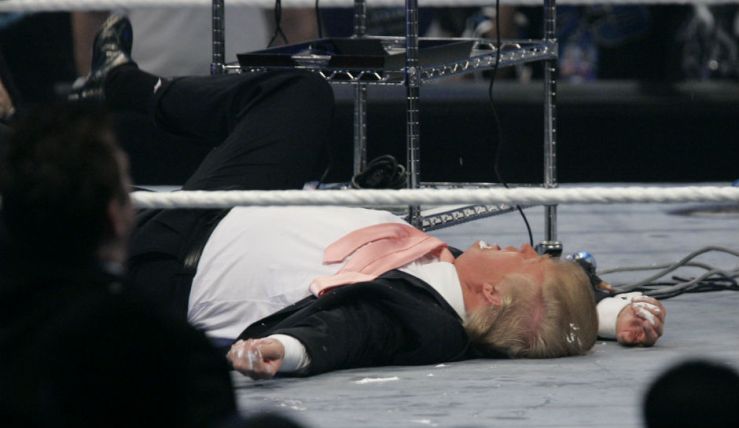 Around 15 years ago it became commonplace for anyone who spoke up in defence of basic human rights to be posed the following hypothetical dilemma:

You say it’s always wrong to torture people. That’s fair enough. But what about terrorists? What if the authorities somehow knew that a captured suspect was planning to blow up an entire city? Wouldn’t it be morally right to put pressure on such a terrorist in order to save millions of lives?

Of course, such questions were a red herring. There never has been or could be such a textbook case. No authority could claim foreknowledge which allowed it to abandon universally agreed principles of respect for the judicial process and for human rights. That doesn’t mean they don’t try, and this ubiquitous theoretical challenge to the foundations of human rights – at every level of culture, from the front page of Newsweek to ten or so series of the TV show ’24’ – was accompanied by a very non-theoretical assault on those principles, most spectacularly in Abu Ghraib and Guantanamo Bay. This is how we arrived at the point where the most powerful political figure in the world can openly instruct police officers to exceed the bounds of legal conduct in the treatment of anyone they don’t like and/or suspect of (potentially) committing a crime.

As the previous paragraph made clear, I believe that human rights are inalienable. No authority has the right to exclude any individual from fair judicial processes or to negate their physical existence.

But there’s something about the current conjuncture which I find puzzling. The most powerful position in the world, one that grants immediate access to weapons that could annihilate human existence at the touch of a single button or at the posting of a single tweet, is in the hands of a man who is deeply psychologically, mentally and emotionally unstable, has no moral scruples which might serve to regulate his impulses, and no meaningful understanding or apparent sense of the consequences of his actions for either his morally hideous family or the entire human race. He has also repeatedly demonstrated that he has no respect whatsoever for the vast majority of that which his compatriots hold most dear, including – particularly if they happen to be black – their lives. This in a country which has huge numbers of very heavily-armed individuals who have been brought up by Hollywood movies to believe that it is right and good to use violence, up to and including self-sacrifice, to redress the moral balance of the universe, and that God has uniquely anointed the American people with this redemptive task.

As I say, I personally don’t believe in political violence, and I don’t believe that any institution or individual has the right to deprive anyone else of life. There are, however, many people who do believe such things, and who have the means and motivation to act on their beliefs, on our behalf.

4 thoughts on “Why isn’t Trump dead yet?”