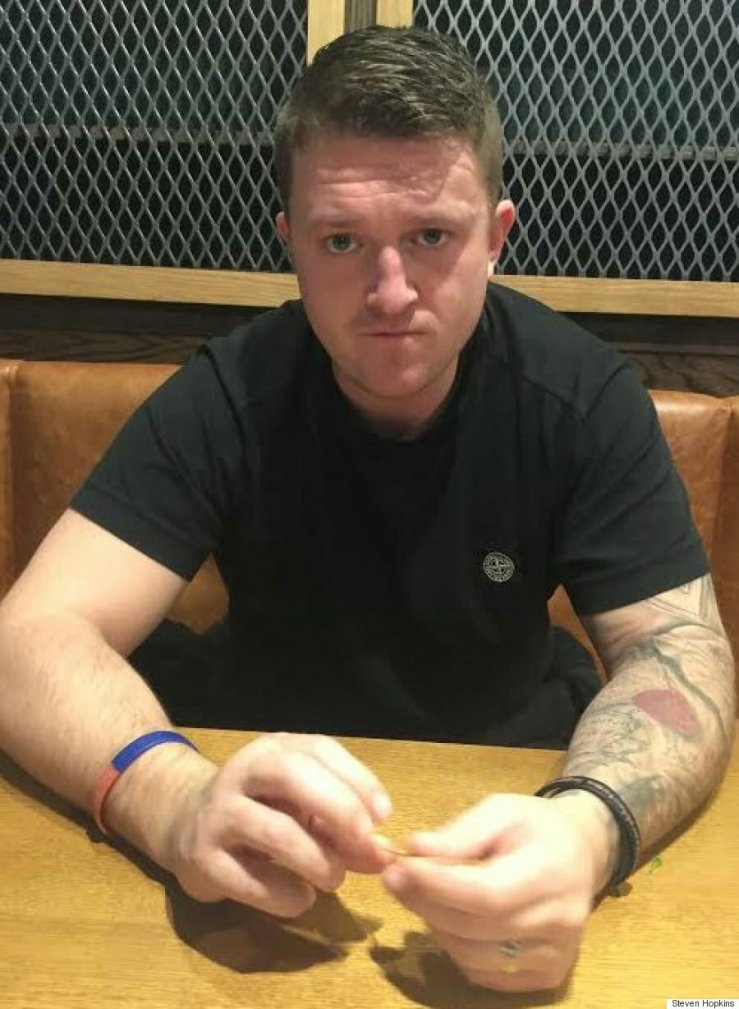 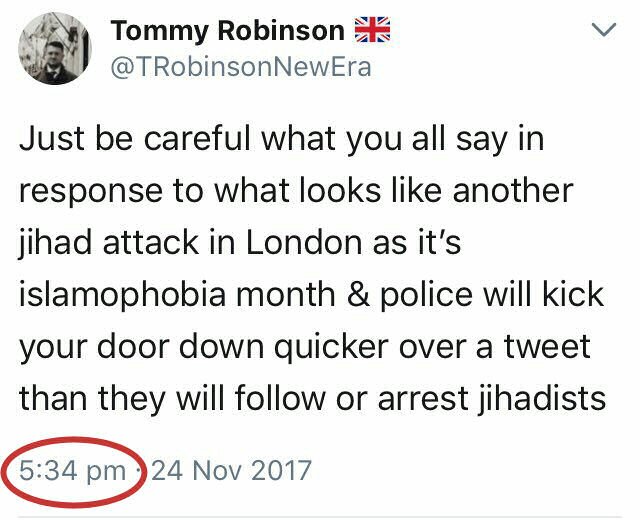 The noted British journalist Tommy Robinson is in line for the most prestigious prize in his field, it has been reported. It is unclear which of Robinson’s many scoops drew the attention of the prizegiving committee, but it is believed that his tweets blaming ‘you know who’ for a non-existent terrorist attack and telling his followers, very few of whom ever visit London because its diverse human population scares them, to ‘stay away from Oxford Circus, some muzzies is shooting dead hundreds of us whites, its the final confrontation’, has tipped the balance in his favour. The project in question was developed in collaboration with two of his BNP mates in a Wetherspoon’s in central Luton, where Sky News was on but with the sound off. Robinson was also able to piece together the non-events by reading what some fellow racists, none of whom were anywhere near what wasn’t taking place and pretty much all of whom spend their lives sitting around smoking weed and fantasising about shooting people, had posted on social media. The fact that Robinson subsequently deleted the tweets in question is not expected to harm his chances. His celebrated undercover investigation into the online abuse of underage Muslim girls by leading figures on the British far-right may also have played a part in his being nominated.

The judges said Robinson was, like any Pulitzer nominee, being shortlisted for the accolade due to his ‘steadfast and fearless dedication to the pursuit of truth. Or, in his case, its opposite’. A spokesperson stated that the prize would both reward and encourage the sort of in-depth reportage which Robinson has pursued on the maximum 140-character platform. A spokesperson for the prospective recipient said he was ‘made up’ at the news and said that ‘Mr Pulitzer and his mates’ would be more than welcome to avail of an hour or so’s free tanning if they ever happened to be in the Luton area.

Although Robinson is best-known for his Twitter account and for getting arrested regularly, he also presents a series for the non-British-based Youtube channel Rebel TV in which he turns up late at night with his BNP mates outside the actual houses of anyone who’s upset him on Twitter. Although very, very, very, very, very few people have ever seen the programme, it has been described by someone who was paid to watch it by a comedy website as ‘a bit like Ross Kemp, but much more racist and filmed on a smartphone by someone who appears to be very drunk’.

News of the prize caps a remarkable couple of weeks for Robinson, as just last week it was announced that he would become chairperson of an arts charity, with £100,000 in grants to disburse. The organisation in question subsequently turned out to be run by a fantasist and the£100,000 transpired to be a myth, but still.

There has been some speculation that Robinson’s string of criminal convictions and the fact that he himself appears unclear on what his actual name is may jeopardise his chances. In addition it is uncertain whether the relative anonymity of the site may count against him – high-profile journalists working for actual publications are identified by a blue tick, and although he describes himself as a journalist Robinson’s account does not possess such a symbol. Neither does Robinson possess a press card, as he almost certainly doesn’t know what one is and would probably block anyone who asked him about it.

Asked whether these issues, in conjunction with the fact that Robinson is not a journalist in any way, shape or form, will mean that the notion of his winning the Pulitzer Prize could not be sensibly regarded as anything other than ridiculous, absurd and ultimately laughable, the spokesperson (who had, in any case, been made up for satirical purposes) answered ‘yes’.

UPDATE: The Daily Mail has announced that it plans to offer Tommy Robinson the role of Chief Reporter. The newspaper confirmed the news in a press release, saying that it will soon boast a ‘dream team of hate, consisting of Katie Hopkins, Robinson himself and (although negotiations with the relevant authorities are not yet entirely concluded) Anders Breivik (PBUH)’.

FURTHER UPDATE: Katie Hopkins has now been sacked from the Daily Mail. They didn’t mind her genocidal racism and outright lies, but others did and she’s cost them an absolute fortune in libel payouts. She’s now deleted hundreds of her tweets, relocated to Luton, and is applying for a job at Tommy Robinson’s tanning salon :-P.

P.S. The subscription options on Waxy-Lemon’s website are fucking hilarious. I’m tempted to sign up for the ‘Producer’s Club’ one ($250 a year). I strongly suspect that no one else has done so, and it would give me to change the tenor of his podcast somewhat. A lot less ranting about immigrants by someone who’s never been one or actually met any, a lot more music by ADF and MIA and guest spots from the likes of Warsaw Shire and Hassan Akkad. I’m sure his paid-up subscriber(s) would be delighted.